Should Every Student Have a Laptop? 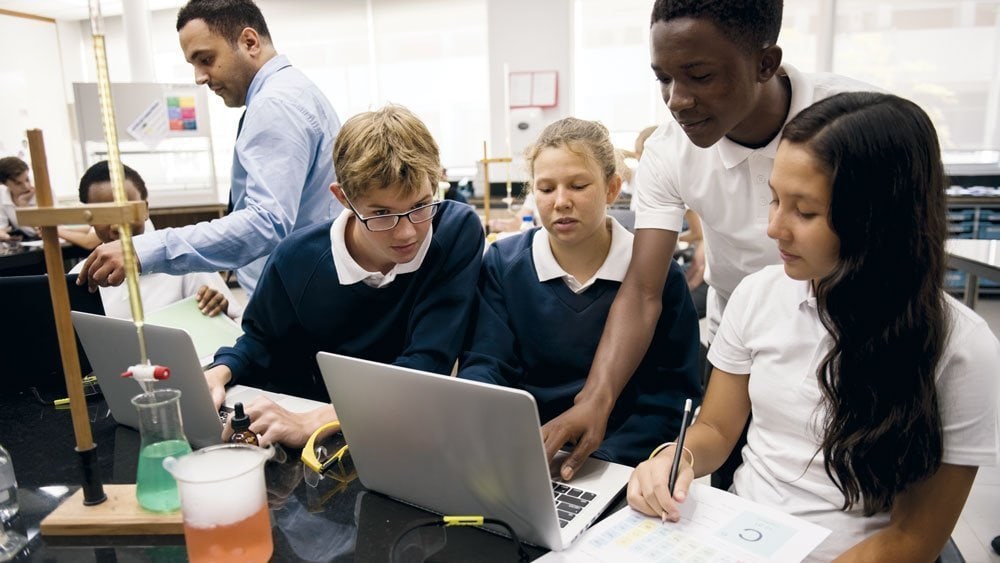 EDTECH DEBATE: LAPTOPS IN THE CLASSROOM

When used correctly, laptops and other devices in the classroom can be valuable tools that enhance student learning. When used incorrectly, however, runaway technology can become an obstacle to school activities and cause a host of other problems.

So the questions and administrators have to answer is: should every student be allowed to use a laptop in class? And what about other devices like smartphones and tablets?

Since this issue is so widespread there are many differing opinions available, both for and against using technology in the classroom. We’ll take a look at both sides, as well as some ideas for keeping these tools in their proper place during instruction.

The Case for Laptops

The convenience of laptops makes it unsurprising that students would want to use them in class. A debate.org poll that asked “Should students have laptops in school?” resulted in a 70/30 percent split in favor of laptops. While this survey certainly isn’t scientific, it demonstrates that a large percentage of the population wants to at least have the option of using their devices during school.

Education magazine EdTech points out that laptops make it easier for students to take notes and organize their class material for study. Laptops can also ease students’ burdens in a literal way. By providing access to ebooks and supplemental information, students don’t have to carry a mountain of textbooks from class to class.

The Classroom blog at Synonym also argues that since students are using these devices in so many other aspects of their lives, incorporating technology into class activities will keep students engaged when they otherwise wouldn’t be.

Finally, using laptops in the classroom can be good preparation for working in the real world. Many students will finish school and find jobs that include sitting in front of a computer screen. Using technology in the classroom can improve students’ chances of getting those jobs and ease their transition — and help them regulate the distractions that come with laptop use.

Of course, a laptop on every desk doesn’t ensure student success or even improvements.

The Case Against Laptops

As the availability of technology in the classroom has grown, teachers and schools have addressed the role student laptops should play — and oftentimes there isn’t one.

University of Michigan professor Anne Curzan explained her no-laptop policy in the Chronicle of Higher Education as she explains it to her students. Her reasons include:

Further, Curzan says that laptop screens discourage conversation and engagement with other students, which diminishes the classroom environment.

Ultimately, there will always be arguments for and against the use of technology in the classroom. Teachers and staff will have to decide what the role of these devices will be based on the needs of their classes.

Whatever those decisions entail, there are ways to minimize the distractions to keep laptops and other devices from hindering the learning environment.

Laptops are useful for accessing student information, communication, and other tasks, but faculty that allow them into the classroom should have a plan in place to reduce distractions and keep students on task.

A University of Michigan study on best practices for classroom laptop use included the following recommendations:

Of course, there are as many options for classroom technology management as there are teachers. One teacher cited in the Wall Street Journal instituted a “Facebook rule” that offers extra credit to students that catch their shopping, gaming, or accessing social media during lessons.

The role for laptops in the classroom is not settled, and as tablets, Chromebooks and cloud platforms for productivity (Google Drive, MS Office 365) continue to improve, schools are moving beyond the “computer lab” mentality to allowing kids to use devices in a controlled environment throughout the day.

If nothing else, the availability of modern technology gives teachers and students the ability to choose how they share and collect information. Policies governing digital devices in the classroom will inevitably change as technology advances and information moves online, but that process won’t happen overnight.

Our five-star team is ready to help your school save time, improve enrollment and fulfill its mission. See how in video demo or try a free demo account.